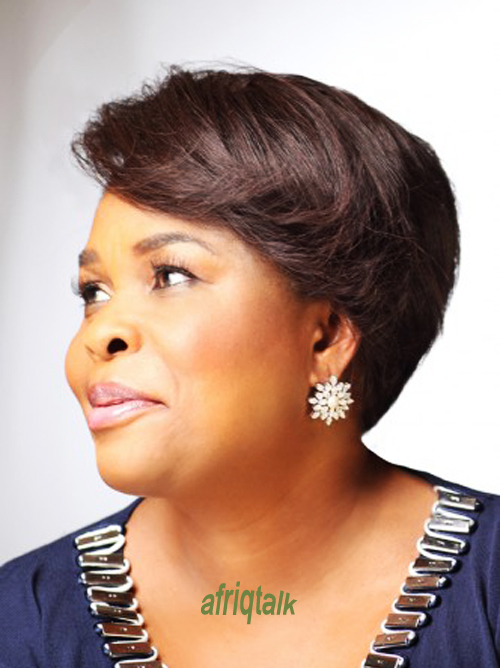 Mrs. Patience Jonathan started her career as a teacher at the Stella Maris College, Port Harcourt and Sports Institute Isake. She then moved to the banking sector in 1997, where she established the first community bank in Port Harcourt called the Akpo Community Bank.

She served as Marketing Manager of Imiete Community Bank. She returned to the classroom briefly again as teacher. Eventually she was transferred to the Bayelsa State Ministry of Education, where she served until 29 May 1999 when her husband became the Deputy Governor of the state. She and her husband have two children.

Well known for her active participation in her husband’s political campaigns, the First Lady is involved with many charities in Nigeria that work mainly with women and children. She is also the founder of several non-governmental organizations such as the A.Aruera Reachout Foundation, which focuses on educating middle-aged women. She is also known for her entertaining public speeches.

Patience Jonathan has won several accolades, in particular the 2008 Beyond Tears International Humanitarian Award New York for her work with charities. Despite her reputation for philanthropy, Mrs. Jonathan has been subject to several investigations by the Economic and Financial Crimes Commission related to the money-laundering of several millions of dollars, although she firmly denies all allegations and says she was framed.

Mrs. Jonathan has been recognized locally, nationally and internationally for her philanthropic work and political pragmatism. She received the “Beyond The Tears” International Humanitarian Award New York, USA, in 2008, for her role in the global fight against HIV/AIDS; the African Goodwill Ambassador Award (Los Angeles, USA, 2008) and the recipient of the “Wind of Change” Award from the South/South Women’s Organization. Patience Faka Jonathan, a woman of valor, love her or hate her.

AfriQtalk is a fair and balanced media, and we do not belong to any political group or organizations. We try to separate politics from people’s individual lives. We initiate the conversation and let you decide.