There are millions of faceless people whose lives have been impacted by AIDS/HIV,  especially in  Africa.  Yet there are some who believe that AIDS is a hoax.  An estimated 33 million people worldwide were living with HIV in 2007, of whom 67% were in sub-Saharan Africa. The Region also accounts for 75% of global AIDS deaths. Approximately 9.1 million people were newly infected with HIV in sub-Saharan Africa in 2007.

Information about the epidemic and its impact on the people of Africa are often not told, because Aid meant to combat the spread of HIV and poverty in Africa has been complicated by corruption among political leaders with a few notable exceptions. The prevention measures have been hampered in Africa due to traditional beliefs, political and religious authorities.  Both Muslim and Christian leaders found prevention campaigns such as condom promotion difficult to reconcile with their teachings.

In Sub-Saharan Africa women are disproportionately affected by the HIV epidemic in comparison with men, with the proportion hovering around 60% over the last five years and nearly 90% of all children living with HIV/AIDS. The HIV/AIDS epidemic in Africa is occurring in a context of increased poverty, food insecurity, indebtedness, poor economic performance, gender inequality, gender-based violence, conflicts, natural disasters, ignorance, fear, stigma and discrimination.

Almost invariably, the burden of coping rests with women. Upon a family member becoming ill, the role of women as carers, income-earners and housekeepers is stepped up. They are often forced to step into roles outside their homes as well. Older people are also heavily affected by the epidemic; many have to care for their sick children and are often left to look after orphaned grandchildren.

It is hard to overemphasise the trauma and hardship that children are forced to bear. As parents and family members become ill, children take on more responsibility to earn an income, produce food, and care for family members. More children have been orphaned by AIDS in Africa than anywhere else. Many children are now raised by their extended families and some are even left on their own in child-headed households.

The toll of HIV and AIDS on households can be very severe. It is often the poorest sectors of society that are most vulnerable. In many cases, AIDS causes the household to dissolve, as parents die and children are sent to relatives for care and upbringing. AIDS strips families of their assets and income earners, further impoverishing the poor.

The epidemic adds to food insecurity in many areas, as agricultural work is neglected or abandoned due to household illness. HIV and AIDS are having a devastating effect on the already inadequate supply of teachers in African countries. The illness or death of teachers is especially devastating in rural areas where schools depend heavily on one or two teachers.

In many countries of sub-Saharan And West Africa, AIDS is erasing decades of progress in extending life expectancy. The biggest increase in deaths has been among adults aged between 20 and 49 years. AIDS is hitting adults in their most economically productive years and removing the very people who could be responding to the crisis. As access to treatment is slowly expanded throughout the continent, millions of lives are being extended and hope is being given to people who previously had none. Unfortunately though, the majority of people in need of treatment are still not receiving it, and campaigns to prevent new infections are lacking in many areas.

Prevention efforts are beginning to bear fruit, with indications of behavior change and declines in HIV prevalence rates in a number of high-burden countries. Many countries have also made significant progress in expanding access to ART. About 2.1 million people were receiving antiretroviral therapy in the Region at the end of 2007, and regional coverage increased from barely 2% in 2003 to 30% in 2007. Despite this significant progress in ART there is still need to cover all the people in need and improve some areas such as HTC and PMTCT.

The key challenges to be addressed are:

In July 2001, the National Institute of Health (NIH) of the United States Government released its report on the “Scientific Analysis on Condom Effectiveness for STD prevention”. The report, which is an analysis of 130 studies conducted over some decades, differentiates between condom efficacy (the protection which the users would enjoy under ideal conditions, this depending primarily on the properties of the condom) and condom effectiveness (protection offered under actual usage; dependent on the characteristics of the device and its user).

The conclusions of the report? Apart from Gonorrhea (in men and not for women) for which there was some risk reduction, condom use for Chlamydia, trichomoniasis, chancroid, syphilis, genital herpes and Human papilomavirus showed no clinical proof of effectiveness from the available studies (more studies are necessary to determine its effectiveness). According to the studies, “condoms provided an 85% reduction in HIV/AIDS transmission risk when infection rates were compared in always versus never users”What about the remaining 15%? Is that percentage alright for you? Since the condom has not been sufficiently proven to be effective in preventing some of the common STDs listed above, there is an added risk of infection with HIV if there is an STD present.

In view of the findings of the report, the CDC has made some changes in its fact sheet, which says amongst other things that “The surest way to avoid transmission of sexually transmitted diseases is to abstain from sexual intercourse, or to be in a long-term mutually monogamous relationship with a partner who has been tested and you know is uninfected. For persons whose sexual behaviors place them at risk for STDs, correct and consistent use of the male latex condom can reduce the risk of STD transmission.

However, no protective method is 100 percent effective, and condom use cannot guarantee absolute protection against any STD . In order to achieve the protective effect of condoms, they must be used correctly and consistently. Incorrect use can lead to condom slippage or breakage, thus diminishing their protective effect. Inconsistent use, e.g., failure to use condoms with every act of intercourse, can lead to STD transmission because transmission can occur with a single act of intercourse”

In our society today, is it possible for a normal, healthy person to resist sexual urges until marriage and then maintain a commitment to faithful, monogamous marriage? Can an entire nation dramatically reduce its AIDS incidence rates largely as a result of abstinence before marriage and fidelity within marriage?   The answer is ‘”YES WE CAN” 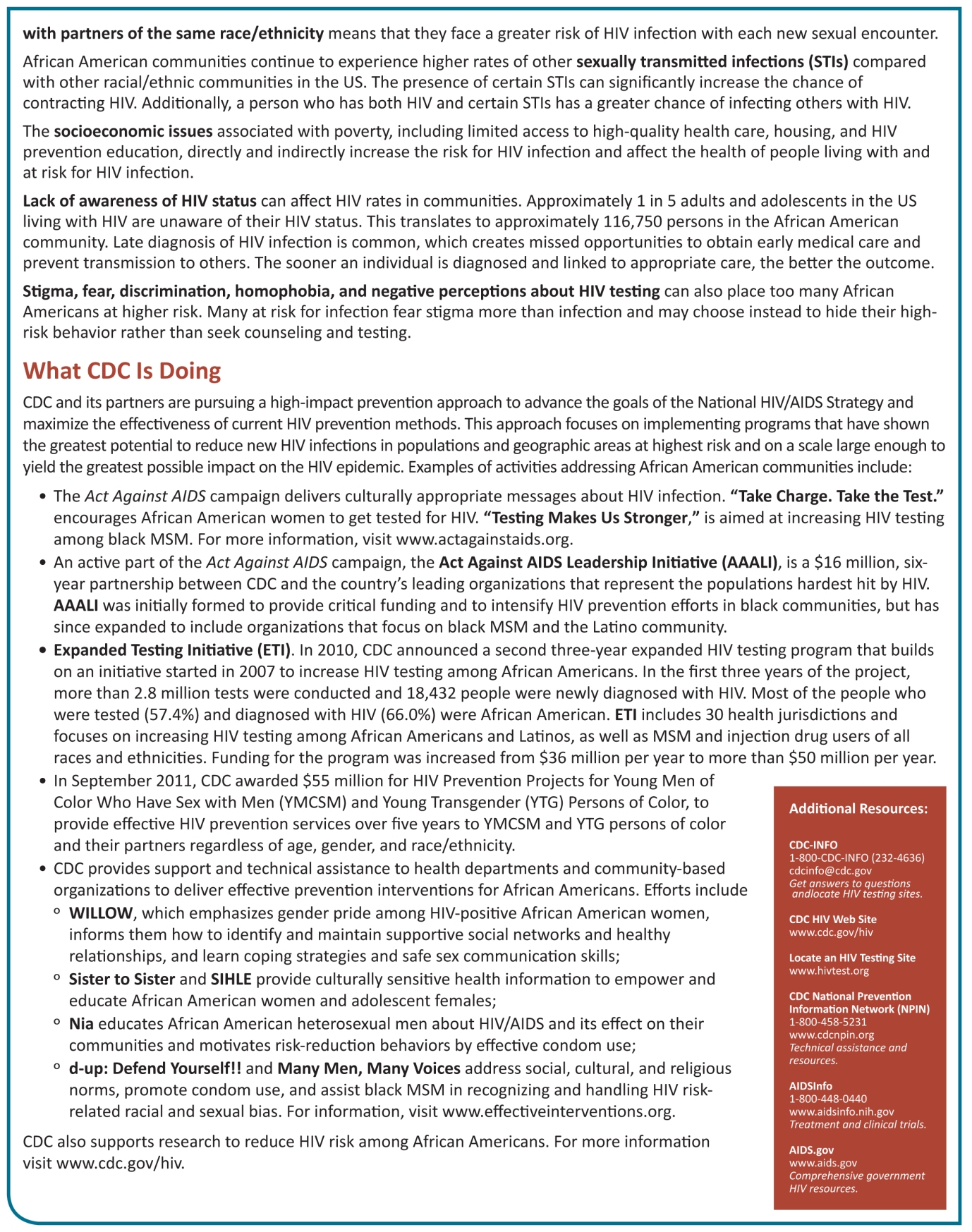