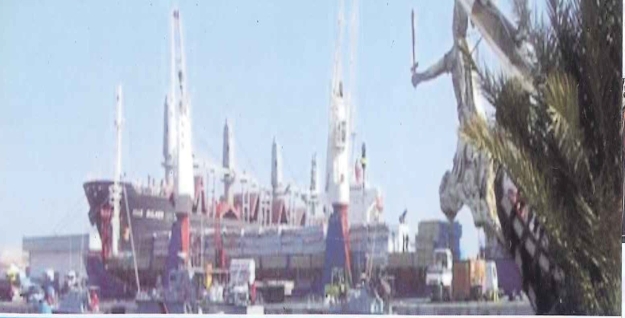 Nigeria has a bold vision of becoming one of the top 20 economies in the world by 2020, as outlined in its “Nigeria Vision 2020” strategy. Although currently eighth in the world in terms of population, the country ranks 41st in terms of GDP and 161st in terms of GDP per capital. Despite being described as a developing country, Nigeria is a powerhouse on the African continent by virtue of its size. Its vast oil wealth also promises much in the way of potential finance for development.

How can this enormous potential be realized, and what policies are needed to achieve this ambitious dream of economic growth and prosperity? The goal of becoming a top-20 economy can only be achieved if Nigeria also makes the transition to a new economy based on knowledge, productivity, and innovation that will enable it to be competitive in a 21st century context. According to the World Bank, there are common factors that are associated with successful development. No country has attained development outside these common denominators.

This has to do with poverty reduction. Experience shows that countries that have reduced poverty substantially and in a sustained manner are the ones that grow fastest.Successful development is predicated on a country having sustained periods of high per capital income growth. Mass poverty and economic development don’t go together.

It has been established that private firms, including small and medium-sized businesses in rural non farm sectors, play a critical role in generating employment, particularly for the youth and the poor.This is where the contribution of the micro finance banks is needed. Undeveloped real sector coupled with mass unemployment are obstacles to development.

The citizenry must be empowered to contribute to development. Accordingly,every person should be able to enjoy good health and education. People should shape their own lives by being able to participate in the opportunities provided by economic development. People should have their voices heard about decisions affecting their own lives. Furthermore, there should be essential public services such as health, education and safe water. These are critical social services that should be provided equitably.

Good governance is perhaps the most important factor in development. Without good governance, every other thing is in disarray. Good governance in both public and private sectors creates an environment where contracts are enforced and markets can operate efficiently. It ensures that basic infrastructures are provided, with adequate health, education and security. People can effectively participate in decisions that affect their lives.

A nation’s development agenda must be homegrown. This ensures that there is widespread support for the programmes and reform measures that underpin it. State collaborations: To achieve economic development in Nigeria, collaborative efforts with other countries may be beneficial to the mutual interest in economic advancement. For example, the President of Benin Republic and African Union (AU) President, Dr. Boni Yayi announced his intention to collaborate with Nigeria to ensure economic development of both countries through the provision basic infrastructural facilities.

The two countries were tie through Ife, Benin, Sokoto Caliphate, Kanu Kingdom and other affinities, and currently, more than 50 percent of Benin populations are Nigerians, hence the need to bring about the synergy to better the lots of the people as proposed by the President of Benin Republic. Collaborative action and partnership of States can help foster economic roles in development through mutual benefit investments and infrastructural expansion.

Knowledge has always been central to development. Traditionally,cultures that knew more than others were better able to adapt to their environments, survive, and thrive. In ancient times, knowledge was spread through the most serendipitous ways from migratory movements to religious pilgrimages, from wars to inter tribal marriages and, thus,traveled across continents. Nowadays, the Internet has become the primary vehicle of knowledge dissemination almost the entire gamut of human history and knowledge is available in an instant and at little cost through the World Wide Web. Knowledge is becoming truly global, accessible, and democratic.

The impacts of this paradigm shift are all around us. Countries such as the Republic of Korea, India, and the United States of America that can harness the power of new technologies nurture a cadre of knowledge workers that can push the productivity and innovation frontiers. Others that fail to do so remain mired in poverty.

The global financial crisis has shown that countries can no longer rely on narrow and static paradigms of growth, such as Nigeria and its natural resource endowments. The era when natural resources dominated trade has given way to an era in which knowledge resources are paramount.

Our world is changing rapidly and those who will be able to acquire, adapt, and utilize new ideas and innovations, regardless of who has invented them, will create tremendous wealth in the process. To achieve Vision 2020, Nigeria needs to move beyond the stop-start development patterns of an oil-based economy to create a stable and prosperous base for a 21st century society built on a critical mass of knowledge workers.

From 1914 to 2014, the Nigerian economy has witnessed several phases in development. The economic status of the nation has been affected by political instability, exploitation and a myriad of other factors just like many other nations of the world but amidst such obstructions, Nigeria’s economy has evolved over the years and it is still on a journey to its rise in fiscal and industrial development.

Attaining 100 years of existence since the 1914 amalgamation, Nigeria has course to celebrate its economic strength and diversity in several areas of development but at such a defining moment in Nigeria’s history, it is a strategic moment to redefine her economic policies, promote the expansion of investment, trade and agriculture as well as control natural resources to the fullness of their productivity and of course eliminate all forms of misuses and venality that hinders the maximum achievement to our economic expansion. With good governance and the best economic approaches, Nigeria will surely advance to the zenith of economic development.

After reading the above piece written by Okechukwu Effoduh, the question becomes: What Does Nigeria Economic Growth Mean? It means four more years of the Jonathan’s administration to continue its sound economic policies as reflected in the economic achievement of The Jonathan’s Administration to mention a few.

While we may have differences of opinion, we must take away sentiments, and take a closer look at President Jonathan’s and General Buhari’s economic track record. Today, Nigeria is the 26th biggest economy with a GDP of over $510 billion. Is this progress in action, it left for your to look at the facts, and decide.