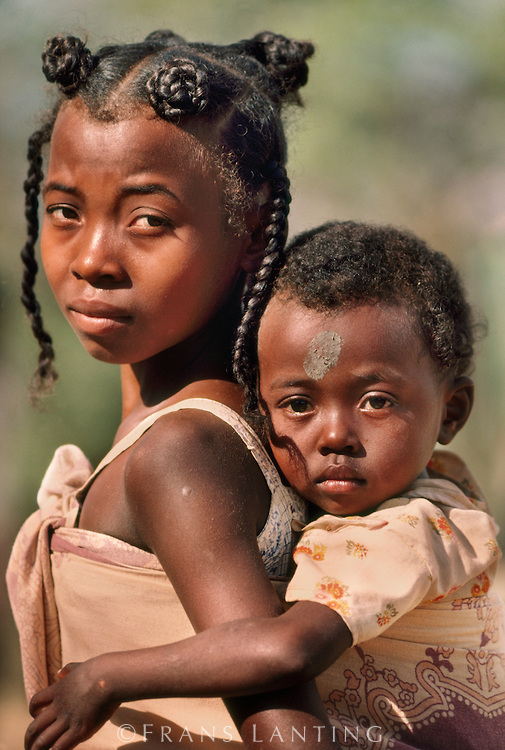 I first wrote about Child marriage back in May 28, 2013. The controversial Senate’s passage of a resolution to retain the provision of Section 29 (4) (b) of the 1999 Constitution. Under the section, a married underage girl is deemed to be an adult is very troubling and hits really close to home for me because my mother was a victim of child marriage due to firmly held traditions by my grand father. She was married to my father, who was about thirty years her senior, and was the third of four wives.

Although, she had some level of education, she was robbed of her childhood and dreams. I thank the U.S senators and all those that made it possible for passing the bill against child marriage, contrary to the Nigerian senators who voted on the resolution on July, 16 2013. I’m outraged and appalled, the facts is that there are people who practice this inexcusable behavior, where a  girl child becomes a victim of pedophiles all in the name of culture.

How Did We Get Here?

Child Marriage in Nigeria, particularly, Northern Nigeria has some of the highest rates of early marriage in the world. The Child Rights Act, passed in 2003, raised the minimum age of marriageto 18 for girls. However, federal law may be implemented differently at the state level, and to date, only a few of the country’s 36 states have begun developing provisions to execute the law.

To further complicate matters, Nigeria has three different legal systems operating simultaneously—civil, customary, and Islamic—and state and federal governments have control only over marriages that take place within the civil system. Domestic violence is a widespread problem; some studies report that up to 81 percent of all married women admit experiencing some form of verbal or physical abuse by their husbands. (One study of Demographic and Health Survey data suggests that the lower the age at marriage, the higher the risk of domestic violence).

First births have elevated risks; the youngest first-time mothers and their children are especially vulnerable to poor health outcomes
Eighty-four percent of first births to adolescent girls in Nigeria occur within marriage. Among married girls aged 15–19, 62 percent have already given birth. Almost one out of four married girls gave birth before age 15.

Child marriage is a fundamental violation of human rights. Many girls (and a smaller number of boys) are married without their free and full consent. By international conventions, 18 years has been established as the legal age of consent to marriage. If the timing of marriage does not change, over 100 million girls will be married as children in the next ten years.

Child marriages is closely associated with no or low levels of schooling for girls. In West and Central Africa, girls with three or fewer years of schooling are five times more likely than girls with eight or more years of schooling to marry before age 18. Poverty leads many families to withdraw their daughters from school and arrange marriage for them at a young age. These girls are denied the proven benefits of education, which include improved health, lower fertility, and increased economic productivity.

Child marriage, in many instances, marks an abrupt transition into sexual relations with a husband who is considerably older and unchosen.
The younger a bride is, the larger the age difference between her and her spouse. Parents frequently arrange marriages for their daughters without their input or consent; in Pakistan, only 3 percent of married girls had some say in choosing their spouse. In some settings it appears that the younger a girl is when she gets married, the less say she has in the choice of her husband.

What Can Be Done To Stop This  Travesty of  Justice?

In a culture where infant mortality is outrageously high and the average woman has fifteen children, most of whom do not survive, polygamy has been practiced to not only show a mans wealth, but also to assure the continuation of the mans family. It is also considered a strong indicator of a mans virility and need for sexual satisfaction.

Men can also accumulate wives as a result of inheritance. If a mans brother dies, he would take over the family of his brother, including his wives. These women would be distributed among the surviving brothers, based on the preferences of the men and the widows of their brother. It is also common for a man to take the youngest wife of his father upon his death, and a father will take the wife of his son upon the death of his child. This keeps the extended family together and guarantees that the children of the family are raised within the fathers family.

In the common African community, life is hard and women have long seen the advantages of having co-wives to help share the burden. This allowed a division of labor, in which there were more women to build the family home, which is considered a female responsibility, and other work. It also eased the burden of child bearing, as each wife was not carrying the burden of the family procreation alone. Few women wanted to be a lone wife in a marriage, given the multiple burdens society and tradition would require of her.

Women, also being in the position of being held responsible for the sex of their children, risked being returned to their parents for not producing children of the sex desired by their husband. Therefore, women were far more secure in a polygamous marriage where there was less attention on a single woman and the sex of her children. Being returned in disgrace to ones family not only was an embarrassment to her and her parents, but it was also a hardship as the bride price paid to her family had to be repaid.

Women are also responsible for weeding the family food garden, and due to the large size of these gardens, it was not a job for one wife. By tradition, the husband will invite friends and clan members to assist with this chore, so women do not only have help weeding their family garden, but are also obligated to help the women who help them. As this family chore is considered “womans work,” there is no thought of hiring outside labor to accomplish this task.

Despite the dependence of the wifes on each other to accomplish the burden of work and child bearing, there is always unavoidable conflict. A man showing preference for one woman over another, showing more love or favoring her children, would result in jealousies, although actual fighting is very rare. Fighting could result in the demand of the bride price being returned from the offenders family, which could be devastating to her family as the cost to them could be as much as 20 head of cattle, sheep, goats, and chickens. Because the bride price received for a young woman would enable her brothers to pay a bride price for his own wife, it could be very difficult to repay the price paid. This often results in the women finding a way to stay in the marriage without altercations.

In order to reduce conflict, the man often will rotate his nights among his wives, sleeping in each ones house in turn. When purchasing clothes, the same quality and style would be purchased for each, as would be done for their children. Unfortunately, this does not prevent the wives from instigating problems among the children.

Fortunately, this way of traditional marriage is declining, and victims of this in-fighting among the children of polygamous marriage are fewer. But although they share a father, the children always stay with their mother, in their mothers home. Fights and hatred fueled by their mothers is common. If a wife dies, her children are often taken in by the wife she was the closest to, regardless of any prior antimosity.

My father has three wives. I am the oldest child of his first wife. Unfortunately, my father developed a preference for his second wife, which resulted in preferential treatment for her and her children. My birth mother is very close with my fathers third wife, although we, her children, are closer to his second wifes children as we grew up together during a time in which our mother was away from the family.

Education, an important commodity, is also often unevenly distributed. In rare cases, when a man is wealthy enough to provide equally for all of his children, this is not an issue. But usually, the children of a favored wife are given more educational opportunities than the rest.

It is difficult to live in the polygamous family. Grievances are never forgotten, and there are deaths of parents and children resulting from poisoning and witchcraft that overshadow what could be a wonderful experience for a large family. Wives will practice witchcraft in order to eliminate the other wives and gain favor for themselves and their children. And, even worse, some children will kill their father, in order to inherit his wealth and afford more benefits for their mother and siblilings.

Wives practicing witchcraft  to eliminate one another and charm their husband to win over his heart for their to themselves and their children. Children in many occasions kill their father to assume heir of the family so they can have a big share of the family cake with their mother.

Although this form of marriage has benefits to both the men and women involved, it is often hardest on the children, who often end up the pawns of manipulative parents. Being a child of a polygamous marriage myself was difficult, and I feel the opportunities for the potential of a wonderful supportive experience was wasted through petty jealousy and unequal educations for us. I was fortunate to find a sponsor to continue my education, but many of my siblings have not been so fortunate. 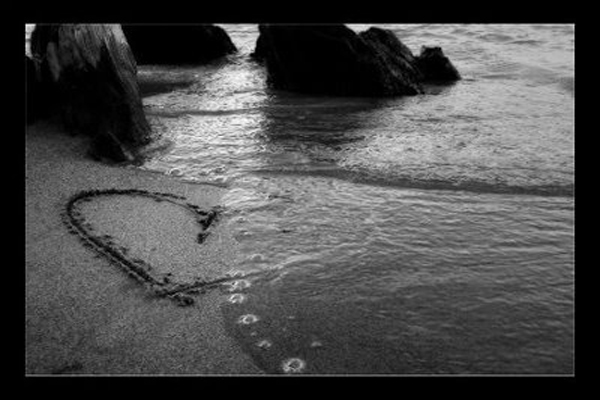 When memories fade and die

My passion, my fiery passion

My flaming lust is going to grow cold

But my heart will always flow with molten, love lava

In your name this lava flows through my veins

My heart beats for you

My heart will never cease to beat your name

When I lose my charm and my glamour

When I lose my physique and my game

When I’m old and wrinkly

When I cannot look myself in the mirror

I’ll still stare at you

When memories fade, when I forget the days of the week

And the months of the year

When I mix names, and faces

The memory of you will always shine bright and clear

For your image has been engraved to my memory

I will never forget your radiance and beauty

And love on my lips and in my heart your sweet kiss remains. 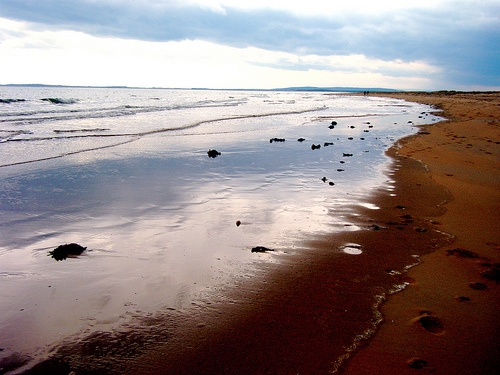 When you crossed my path, it never occurred to me you’ll be back again

When you danced with me,  I never noticed your weakness

When you held me close,  I never read your mind

When you laughed with me,  I didn’t see the hurt inside

When you asked for patience, I didn’t mean to be in a hurry

When you reached out for peace, I didn’t intend to fight war

When you cherished my world, I didn’t mean to shatter yours

When you applauded me, I danced from a distance

When you stood by me ,  I saw shadows behind

When you laid beside me, I heard our heart beat as one

When you kissed me, I realized how deep I’ve fallen

But when morning came, memories of yesterday became wishes of today